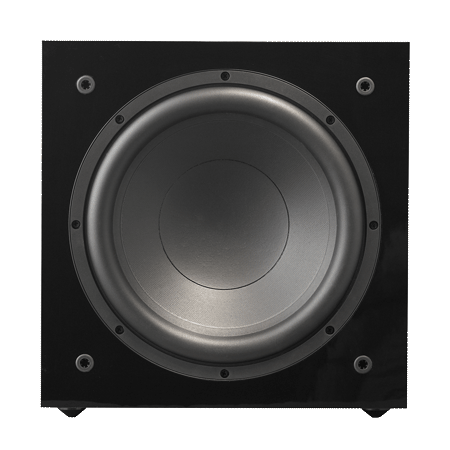 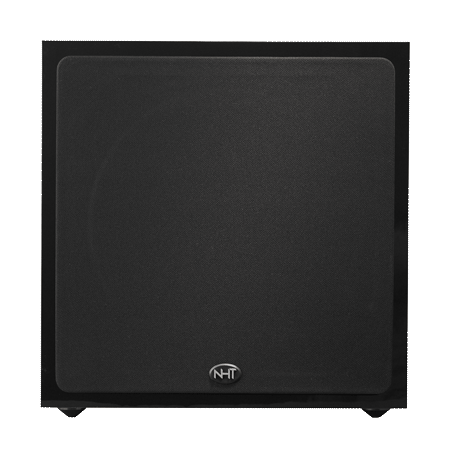 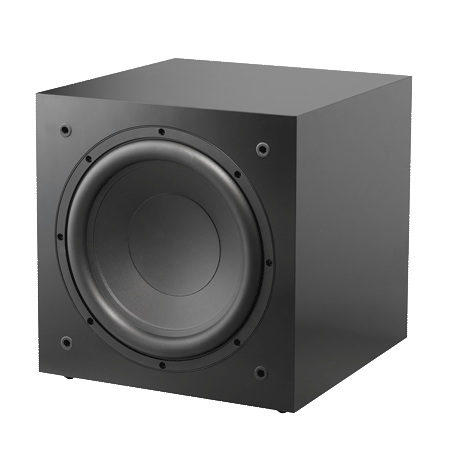 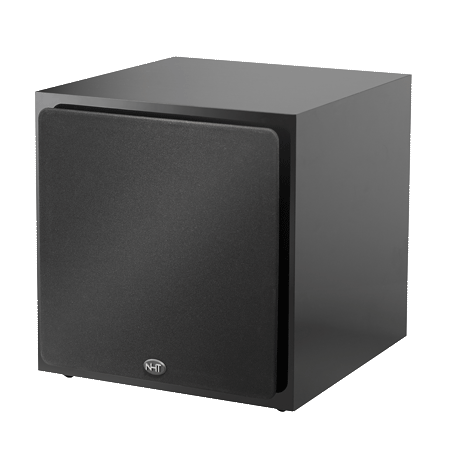 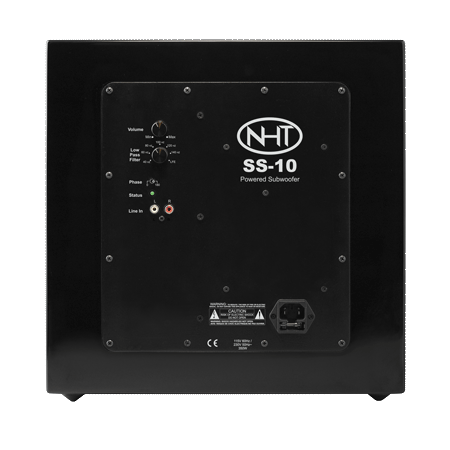 The SS-10 Subwoofer is the perfect compact subwoofer for our Super Series speakers. We upgraded the original Super 8 model by substituting the former 8” driver with a 10” and a 250W amplifier, effectively doubling the power of its predecessor. The SS10 features the same I/O and controls as the CS-10. The 11.6” square cabinet is finished in the same pristine Japanese made gloss vinyl laminate as the rest of the Super Series. With bass response down to mid-30Hz, the SS-10 presents a real value and turns either Super Zero or Super One speakers into a powerful, full range system.

Came across this Sub as recommended by a friend. Upgraded from a 10+-year-old Velodyne, and ooh man what a difference! So much punch in a small package!

Over a year ago I traded in my 8" sub which was a few years old.  I wanted more punch for my HT.  I purchased 2 SS 10" subs for my home theater.  These guys pack a punch!  Everything comes alive with explosions and booms and shakes the 1st 2 levels of my house!!  They work really well with my other 7 NHT speakers VT2 (front), M7 (center) recently purchased), VS2A (Rear), NHT Absolute (Surround).

Objective stuff first.  This is a punchy, sharp sounding subwoofer in a small package.  I've had larger with less sound.  The acoustic suspension design eliminates the bass port found on most subwoofers, thus, eliminating the mud associated with the overlay of false bass.  What comes out of the speaker is clear, unadulterated, punchy bass, modulated correctly to suit their companion NHT Super Zero surround, and the NHT Center channel speakers.  I replaced a higher power, larger subwoofer with this unit, as the old one was simply too much for the theater room.  Too much thump, and not enough quality sound.

Now, the subjective.  When s___ happens, and it will if it can, what a company does to make their customer happy, makes all the difference in the world.  It changes a bad situation into one of sublime happiness.  In our case, we ordered this sub directly from NHT, having purchased the other NHT equipment from Amazon.  I knew I'd like it, so, why not.  Price was not an issue, and free shipping made it a happy plan.  And why not let the manufacturer make all the money, and not pay a fulfillment penalty.  The Subwoofer arrived promptly, on the day promised, but unfortunately, it would not function properly.  I won't go into the litany of issues, but suffice to say, it was not a satisfactory speaker.  I Called NHT, and spoke with a fellow named Bob (could be an owner, I don't know), and he talked me through a series of experiments and tests, all of which did not correct my issue.  At all times I was spoken to deferentially, never talked down to, nor was I ever subjected to trade jargon.  After all the tests were done, NHT promptly sent me out another speaker, and this one deployed smoothly, and performed as advertised.  NHT sent me a shipping label, and all I had to do was box the speaker up, and bring it to UPS (we live in the boonies, so no UPS pick up unless they are here for something else).  Once UPS accepted the package, NHT sent out the new one, so not a lot of lost time in between.  Good Job, NHT!!!

I've had other defective equipment from other manufacturers in the past, and the experience was not always so smooth and accommodating.  Typically, it was like trying to give myself a root canal with my Black and Decker.  NHT was there to do the right thing, as they know they have a superior product that could be rendered less so by poor service.

I can seriously recommend all NHT speaker products for their superior sound, excellent engineering, and reasonable cost.  Don't be afraid, Grasshopper!  Thanks for Reading.  Sincerely, Traveling Chef 37

I can't believe how good this little sub sounds, energizes the whole family room. I recommend boosting it off an uncarpeted floor by about 1.5 to 2 in. with neoprene or rubber pads for best results. couldn't be happier!

I purchased this from amazon.com the sub allows up to 1400k through even when I adjust the LPE to around 80